Michael Dulin is internationally acclaimed as a pianist, composer and producer whose music is enjoyed by fans around the globe.

From the age of two, it was apparent that Michael had an exceptional gift for music. After earning a Bachelor of Music degree in piano performance from Birmingham-Southern College, he completed his musical studies at The Juilliard School in New York, working with master teacher and concert pianist Adele Marcus.

Michael was audience favorite in the Carnegie Hall International Piano Competition, and was awarded the Silver Medal in the Second Annual International Audio-Video Competition in New York. He has also toured as keyboardist with the legendary Motown group, The Temptations.

Michael’s albums of original music have twice been awarded the Lifestyle Music Award. Four of his albums have reached the #1 spot on ZMR World Airplay Charts. His CD, My Beloved, won Best Solo Piano Album honors at the EPR Radio Awards concert at Carnegie Hall. Music from Dulin’s latest CD, Living in the Light, was featured in Worship Leader Magazine’s Song Discovery.

Michael Dulin is a Christian, and is married to the woman of his dreams. His hobbies are languages, hiking, travel, and tennis.

Visit www.MichaelDulin.com for more information on music, news and concerts. 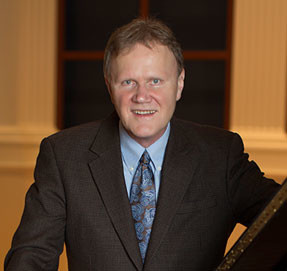